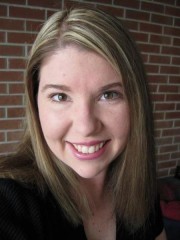 Anastatia N. Ricketts is a graduate of the University of Colorado at Denver with emphasis in Integrated Theatre - a combination of acting, directing, and technical theatre. This allowed her to explore the elements of production in greater depth to speak with authority as a stage manager, and to be utilized as needed with growing companies. Before attending UCD, she was a graduate of Gulf Coast State College in Panama City, Florida with an associate's degree in Art, and valedictorion of her senior class at The Rock School in Panama City, Florida.

She is a fast learner and enjoys the adventure and travel it may entail. Training has included a variety of college courses, workshops, shadowing, and on the job training. One highlight being the chance to shadow the stage management team at a performance of the Royal Shakespeare Company's "Hamlet" starring Samuel West in the title role.﻿